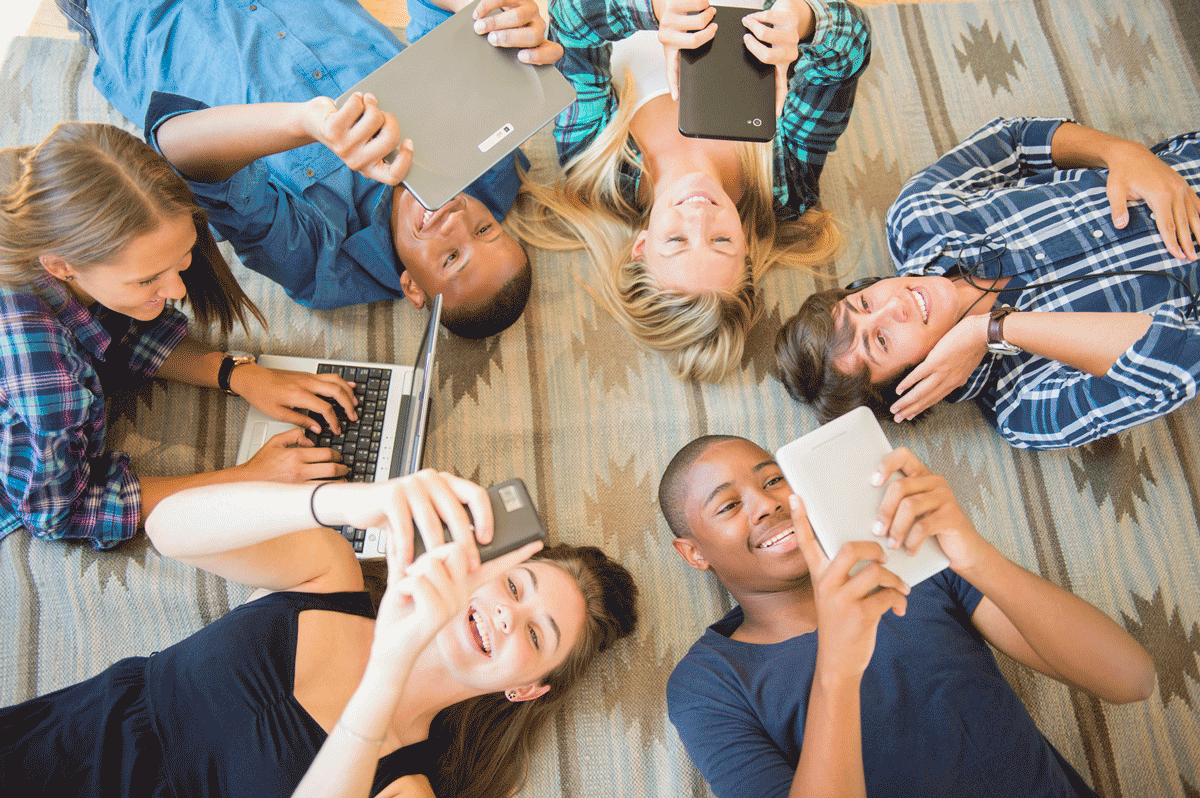 They don’t recall being able to walk through an airport, straight to the gate without a ticket. If they remember a world without an iPhone, it’s a hazy recollection.

They’re Generation Z (Gen Z), defined as an up-and-coming consumer demographic born between the late 1990s and early 2010s. By 2020, they’ll make up 40% of the consumers, according to a recent whitepaper by CrowdTwist.

They don’t put much stock in the American Dream — the financial crisis early this century taught them that. They’re pragmatic planners, looking for stable careers, a study by the consulting firm Altitude found.

If marketers want to reach this powerful generation of consumers, they’ll need to understand their behaviors and capture their attention.

Gen Z attention: It’s not a bug, it’s a feature

It’s been well-publicized that goldfish have longer attention spans than the average human today. For Gen Z, it’s a survival tactic. They literally hold all the information in the world in their hands, so they must assess and sort quickly. They look to trending stories and trusted curators, which Altitude calls an “8-second filter,” rather than an 8-second attention span.

Marketers must study Gen Z’s influencers for hints on how to slip past the filter. The nature of their celebrities is very different — a Gen Z influencer is just as likely to be a YouTube personality as an actor. (Pro tip: If you don’t know who Felix Kjellberg aka PewDiePie is, find out.)

While Gen Z is not as active on Facebook as Millennials, Facebook still captures most of their social attention, according to CrowdTwist — though that is a plurality, not a majority. Gen Z also spends more time on Instagram and Snapchat than Millennials do, but frequents Twitter and Pinterest way less. 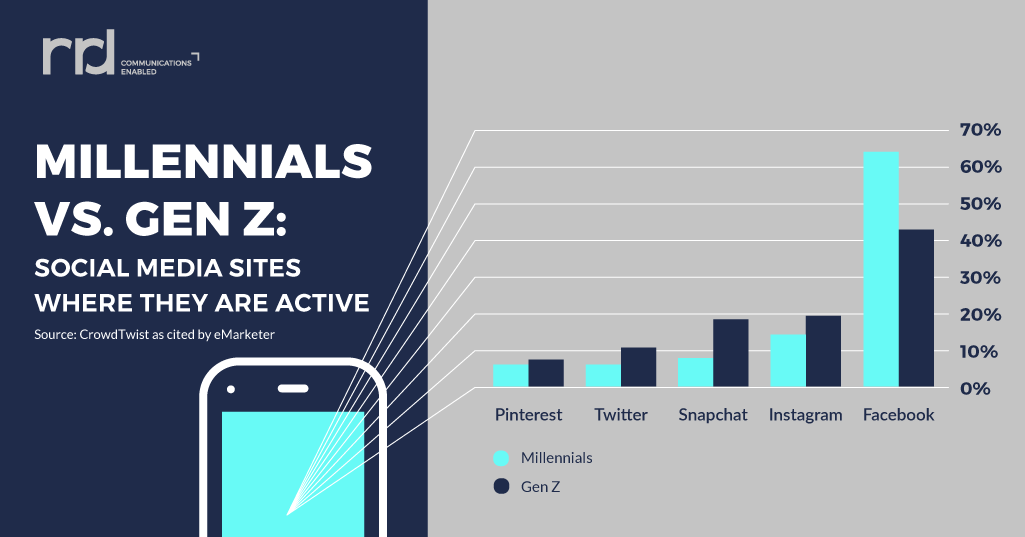 This makes multichannel marketing even more crucial for Gen Z. It’s also important to watch emerging platforms. WhatsApp already has the attention of Gen Z, and marketers are looking that way, too.

Not surprisingly, Gen Z is mostly on mobile. This places a premium on optimizing websites and apps. 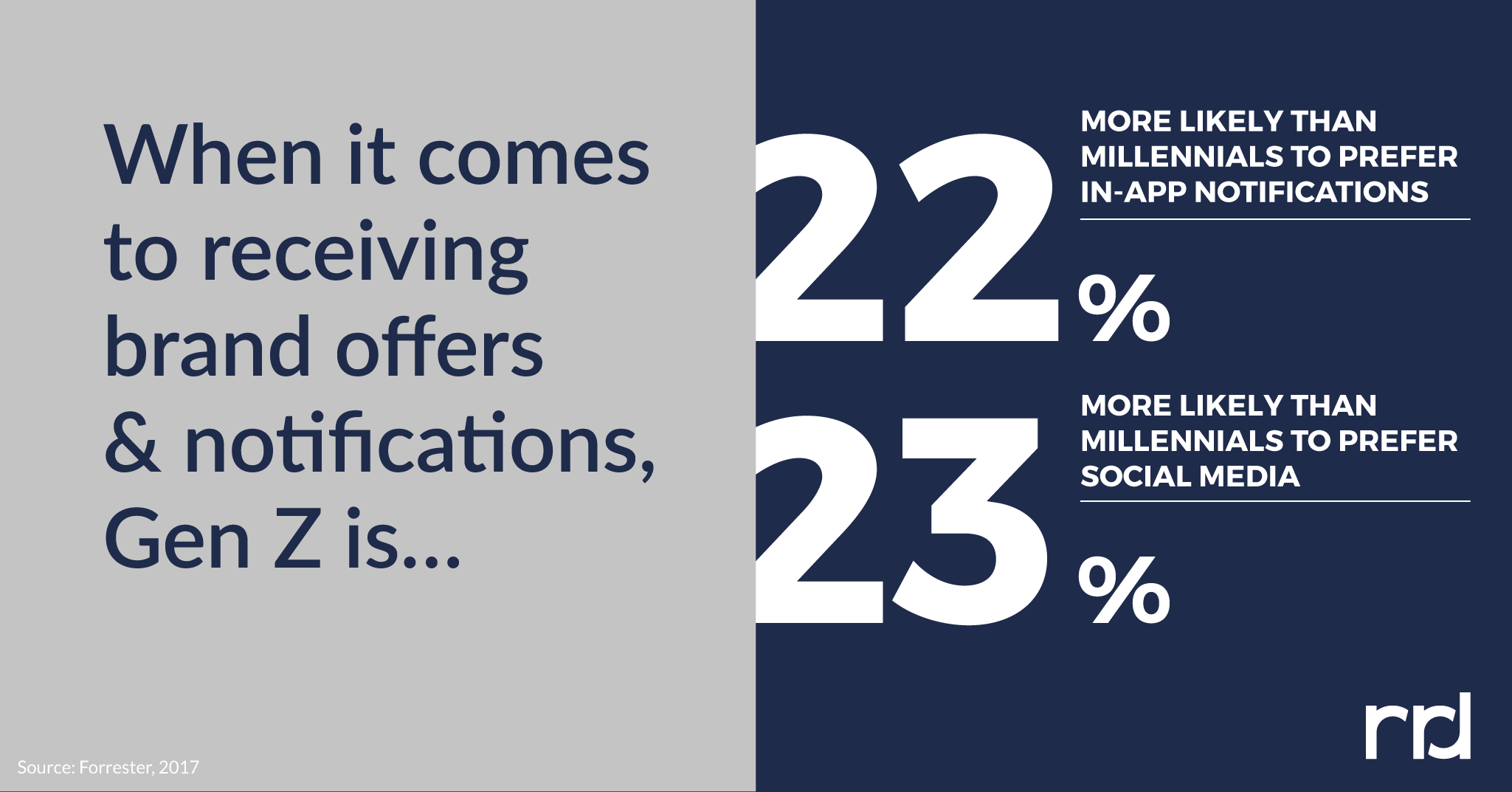 The importance of brick-and-mortar

Despite their attraction to digital and being online, Gen Z consumers shop in stores more than Millennials do, according to CrowdTwist research. That said, both groups were shown to make more than 50% of their purchases via traditional brick and mortar stores. “Showrooming” — or making a purchase online after seeing the product at a retail store — is particularly important when it comes to apparel and accessories.

There’s a tight relationship between physical and online, too. A recent survey of Gen Z female college students by the student-oriented online site Chegg found that 85% buy online after visiting a store, while 91% have browsed online before buying in-store.

This means that not only must your marketing cross platforms to engage consumers, it must extend to the physical space. Gen Z wants tight integration, too — in-store returns of online purchases or online ordering with in-store pickup, according to a survey by the payment platform provider Ayden.

There’s a tight relationship between physical and online…85% [of surveyed Generation Z female college students] buy online after visiting a store, while 91% have browsed online before buying in-store.

Gen Z also prefers mobile checkout and self-pay online at stores, according to a report by Forrester and American Express. They desire functionality that lets them seamlessly buy, pay and communicate, both online and in stores.

5 trends that matter most to the brick-and-mortar CX

Gen Z is a little demanding. That video store up the street is just too far for people used to renting with a few clicks or taps.

And two-day delivery isn’t going to cut it for much longer. According to the American Express report, most Gen Z and Millennials see a future with same-day delivery. A substantial chunk of Gen Z — 39% — wants one-hour delivery via drone.

Generation Z will abandon you for slow responses in an online chat or for customer service available only on the phone or in person, the American Express report says. They’ve had instant access to information their entire lives, so they expect help to be just as instant.

Generation Z is far more enthusiastic about rewards programs than Millennials. About two-thirds of Gen Z already participates in at least one loyalty program, according to CrowdTwist. The generations also differ in the type of rewards they want: while both like member-only discounts and free samples, Gen Z prioritizes personalized promotions. Gen Z also prefers a physical card.

Rewards programs can be big drivers of brand loyalty for a generation that’s not all that loyal. The CrowdTwist research found that, while Millennials tend to stick with preferred brands, Generation Z will consider lower-priced alternatives.

Rewards programs can be big drivers of brand loyalty for a generation that’s not all that loyal.

Gen Z doesn’t mind at all receiving texts or notifications about special offers. Unlike older generations, they don’t mind giving up personal information to get the offer or the reward either, according to CrowdTwist.

Gen Z is social-savvy with short attention spans divided across multiple platforms. They’re pragmatic bargain hunters driven more by price than by brand loyalty. They expect your technology to work whether they’re at your website or in your store.

Getting your message across to this group goes beyond traditional, or even Millennial, marketing tactics. Marketing to Generation Z involves, not only communicating, but also being able to deliver.

How can we help your brand reach Generation Z with personalized marketing and communications? Contact us.

Deliver insights like this to your inbox, every month.