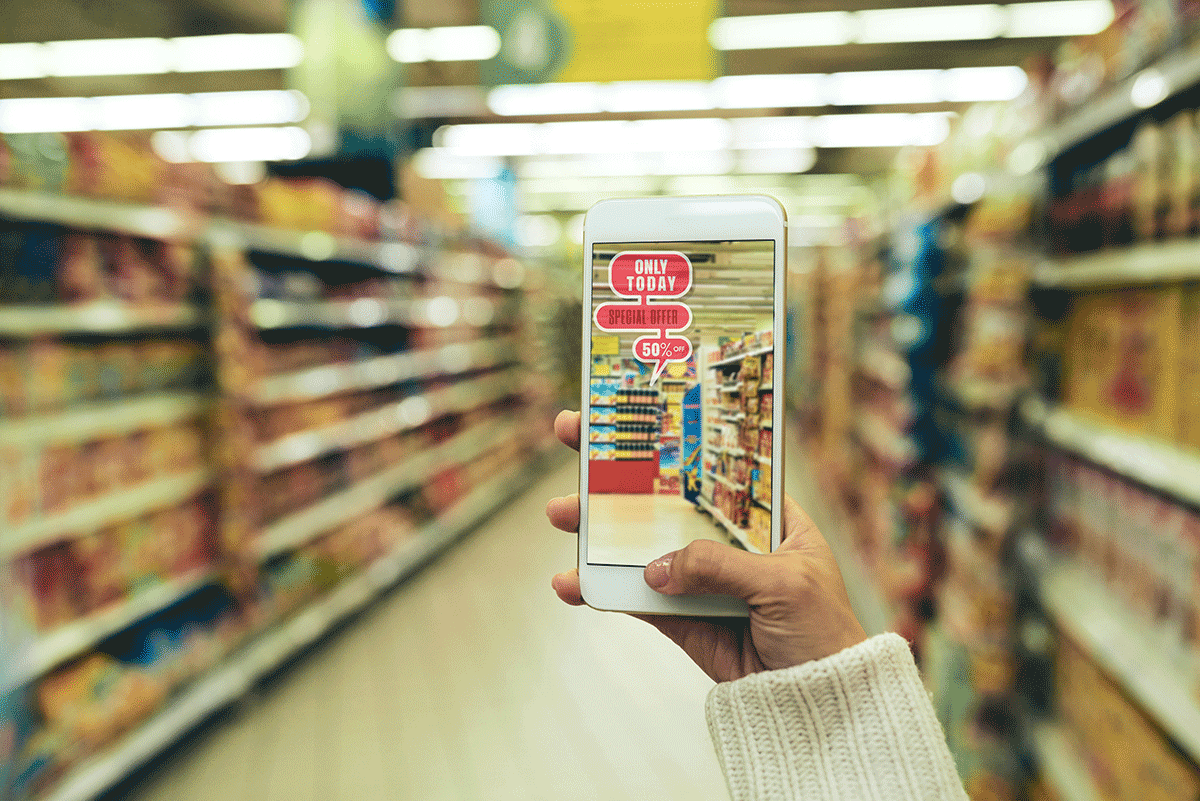 Vital Farms’ pasture-raised chickens run off the egg carton and roam freely outside. The Lego Digital Box shows what users can build using the blocks inside each package. With a wave to the first rule of creative writing: “Show, don’t tell,’” early adopters of augmented reality in product packaging are taking their message beyond the written word and into demonstration mode.

Augmented reality (AR) has been around since at least the 1990s, but trended hard and fast in 2016 with Pokémon Go — and its more than $1 billion in revenue — and is now beginning to impact modern product packaging. Early adopters to augmented reality are using the technology to make their product stand out from the rest, by offering additional content or emphasizing their brand’s unique qualities.

Early adopters to augmented reality are using the technology to make their product stand out from the rest, by offering additional content or emphasizing their brand’s unique qualities.

“Lego has done a great job allowing you to hold up the box and see the finished thing you will be building,” says Jay Samit, vice chairman, digital reality practice, at Deloitte Digital.

Vital Farms of Austin, Texas, is a great example of a brand utilizing AR to drive their messaging. As the largest pasture-raised egg company in the country, the business produces eggs laid by pasture-raised chickens. For Vital Farms, it&rsquo;s critical to get that specific message across to consumers who want to buy food produced as humanely as possible. The company&rsquo;s cartons note that pasture-raised chickens lay their eggs: &ldquo;Pasture-raised organic eggs. Girls on grass. Free to forage.&rdquo;

However, there’s a problem with only calling out these characteristics: food shoppers don’t necessarily understand the differences between cage-free, free-roaming, and pasture-raised chickens. Ninety-five percent of consumers surveyed equated cage-free with pasture-raised hens, says Vital Farms Creative Director Dan Brooks. (A quick primer: cage free means what it says, but hens are confined to a barn. Free-range hens get more room than cage-free but not as much as pasture-raised. And pasture-raised chickens tend to have about 108 square feet each and spend daylight hours outside.)

Here’s where the “show, don’t tell” comes in. Last year, Vital Farms added augmented reality to its packaging. Using a cloud-based augmented reality app made by ROAR, customers simply wave their phone over the egg carton, and it comes alive with a three-dimensional graphic showing Vital Farms hens moving freely through their pasture, versus other “cage-free” hens. One button takes shoppers to the company website. Another button takes shoppers to a short, informational video.

“We like to convey to people that we are honest, authentic, transparent,” Brooks says. “The more tools we can equip our customers with, the better they can advocate for us.”

That said, the company is wading slowly into the augmented reality waters. Tech companies with experience in AR implementation quote the addition of augmented reality to packaging in a range anywhere from a few thousand dollars to a few hundred thousand dollars. Vital Farms selected a less expensive option and hasn’t yet actively promoted the app on its website or other marketing channels.

To date, a few thousand people have utilized the app — despite its limited promotion. Next steps: connect with their users to learn about their experiences, actively promote the feature in the Vital Farms newsletter and inside the cartons, and track visitors brought to the website through their interaction with the app.

Vital Farms may also investigate whether it can determine exactly where consumers engage the technology: In the grocery store as they decide which eggs to purchase? Or after they get home — which would tend to encourage repeat purchases and overall loyalty, Brooks says. Inside the store, a useful extension of the app would be to trigger information about store specials for customers who engage the app.

The possibilities of AR packaging technology

Although the technology is advancing, adoption by consumers is not yet widespread.

“There is a gulf in adoption between what tech companies would have you believe and the public currently engages in,” Brooks says. “This is currently the very early days for all these technologies. The early adopters will be industries that feel more connected to it [and] high-purchase items. We’re still in the early days of getting people purchasing items from the grocery store to engage in AR experiences.”

But the future is alive with possibilities for 3D augmented reality. Consider it like marketing offense and defense. “Most marketers and designers have spent their entire careers to make their packages pop off the shelves — but so did their competition,” Samit says.

Offense is making your product stand out as these early adopters are doing, but also adding to the advertising noise, Samit says. As for defense, think instead about filtering to show only what you want to buy. For example, grocery-store customers of the not-so-distant future will walk into supermarkets with the ability to filter out all but the types of products — kosher, low salt, fat free, organic, caveman diet — they’re interested in. Doughnuts? Invisible. Potato chips? Not on the shelves.

“If you had a choice of two supermarkets and one allowed you to filter what’s on the shelves, which one would you go to?” Samit asks.

If you had a choice of two supermarkets and one allowed you to filter what’s on the shelves, which one would you go to?

But won’t that reduce sales? Not necessarily. Think about how positive filtering experiences boost e-commerce sales — shoppers are in a hurry, and making their lives easier creates loyal customers.

And there’s much more to come.

The technology has endless possibilities, from showing you options based on your shopping habits to removing language barriers.

“You’re holding up an over-the-counter pharmaceutical product, wouldn’t you like to hold the bottle and ask the questions: ‘Is this safe for children?,’ ‘Will it compete with my such and such prescription?,’” Samit says. “Or, imagine going to a pharmacy in Japan and any package you pick up now translates into English.”

In the supermarket, shoppers could learn which wine pairs best with the dish they’re going to make. In another scenario, a customer who needs to replace a broken widget can take a picture of it with their smartphone. Upon arriving at the big box store, you’ll be guided to the correct aisle — and location in that aisle — to find the replacement widget. The product package could also guide the customer to any special tools needed for installation.

Companies such as Lego and Vital Farms are avoiding a common error with augmented reality in packaging. “The first mistake you can make is not starting,” Samit says. “You learn what works and what doesn’t. If Pokémon Go can gross a billion dollars, that tells you there are hundreds of people willing to get involved.”

Karen Queen is an independent writer.

Are you interested in discussing how to spice up your packaging or other brand communications? Contact us to speak to an expert.

Deliver insights like this to your inbox, every month.